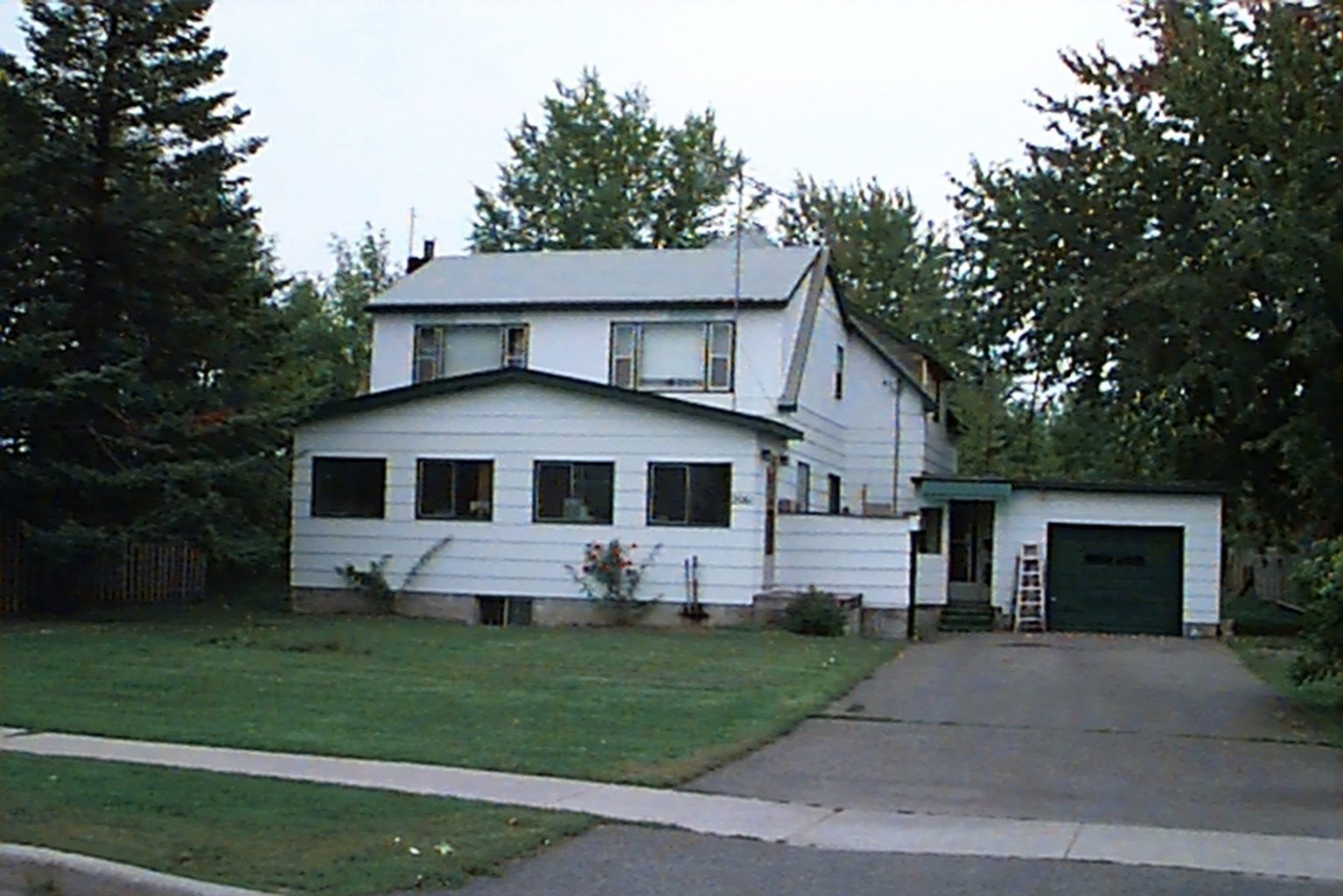 Owners (original, former, current) – This house was the ancestral home of the Corbeil family. In 1870, it belonged to Jean-Baptiste Corbeil, who bequeathed his land to his son Louis in 1895. Louis then bequeathed his property to his own son René in 1922. The house was built and located on lot 2 of the 3rd concession along Innes Road, formerly the Saint-François Road. It was later moved following the sale of René Corbeil’s property to the Canada Cement Company in 1956. Surrounded by beautiful trees, this house is currently located on a piece of land that once belonged to the Corbeil family on Belcourt Boulevard, now known as Frank Bender Street, which is a very central artery in the area.

Design or Physical Value (description of each structure, materials, anything unusual or rare, especially its architecture)

The original one-and-a-half storey house was built in an English cottage style with a large veranda at the front of the house. It was covered with green cedar shingles, while its gable roof was painted a natural colour that aged over time. Once the house was moved, the new owner expanded and modified it in away that made it impossible to recognize the original building. He added an extension at the back, the same size as the two-storey house, and opened up the roof to add a second floor. He also added a second one-storey extension along the front serving as a covered porch. On the south side, a single garage was added with a covered walkway linking the garage to the house.

The last descendant to occupy this property was René, son of Louis Corbeil and grandson of Jean-Baptiste. He married Rose Laurin in 1912. They had four children, two girls and two boys, who continued to live in Orléans for the rest of their lives.

René became very popular as he rendered immense services to the community. He had a natural talent and an extensive knowledge of the skeletal and muscular systems. He could reset a limb following an accident and was considered a sprain specialist. He had learned this science from his father, Louis, and often practiced it on dogs and cats. People firmly believed that he had a rare gift because he could reset a limb without causing any pain. There were times when even medical specialists sought his help.

Contextual Value Its surroundings – (description of cultural landscape, a landmark (cultural or natural))

When this house was located on Innes Road, it was part of the beautiful farmland. Nowadays, surrounded by beautiful trees, it is on an urban property located on Frank Bender Street, a very busy road.