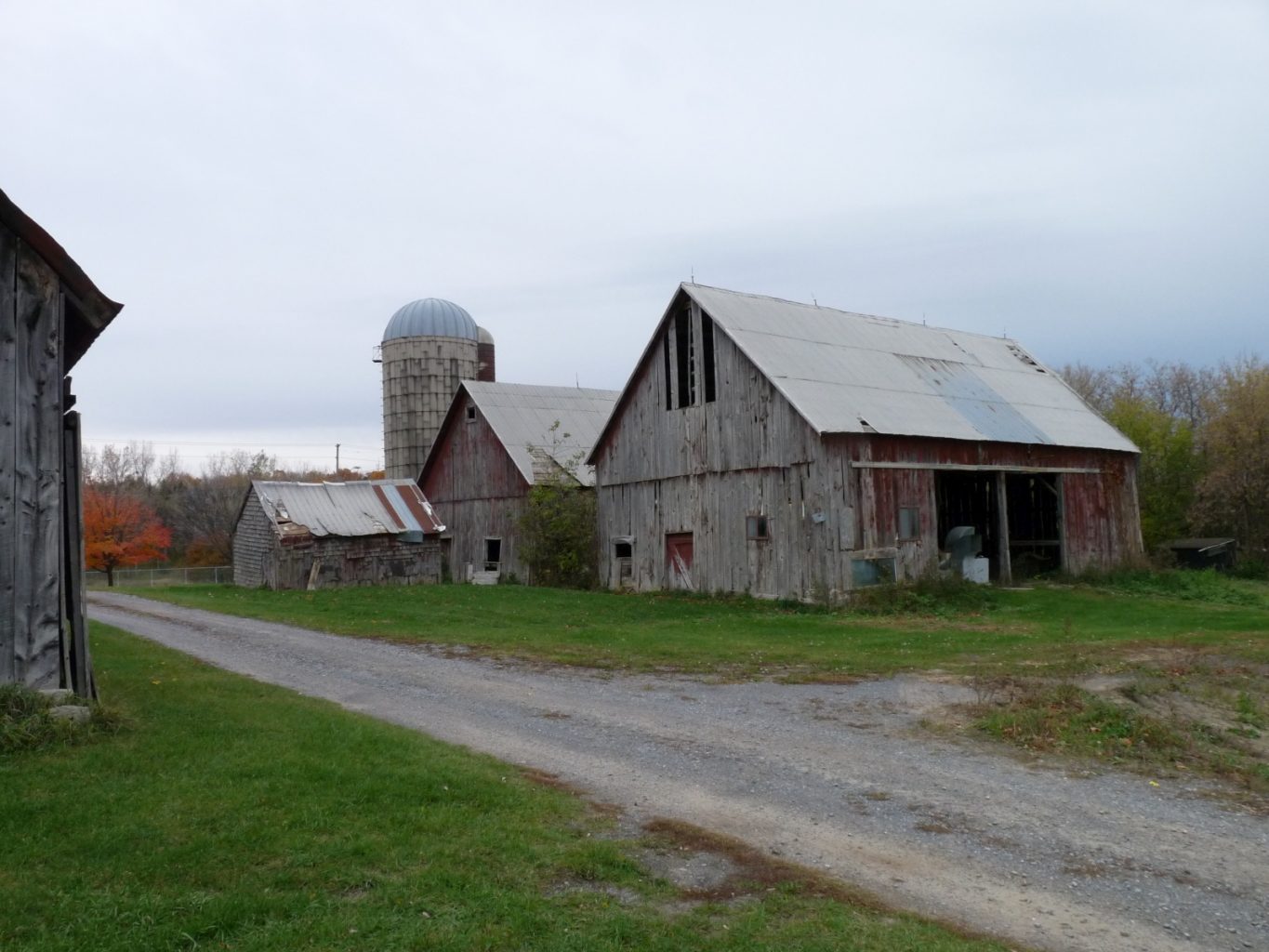 Type of building/structure/object – Farm, which includes a two-storey house, a barn, a henhouse, a shed, and a silo. In the farm’s last years of operation, there were greenhouses used for growing flowers and vegetables plants.

Owners (original, former, current) – John Kenny, the son of Michael Kenny and Honora Wadden (both from Ireland), wed Catherine Phelan on April 30, 1855, in Ottawa’s Notre‑Dame Church. It is around 1860 that John, Catherine and their four children–Mary Ann, Michael*, Margaret, and Catherine–settled in Orléans. By 1871, according to that year’s census, they had had another five children: Elizabeth, Amelia, Helen, Julia, and John, who died shortly after birth. They were followed by Louise, born in 1872, and one other boy, born in 1878, who was also given the name John. John Kenny Sr. died on January 27, 1883, and Catherine died on December 31, 1894.

Percival (known by locals as Percy), one of John and Catherine Kenny’s descendants, continued to farm the family land and turned it into a dairy farm. Even after the National Capital Commission acquired the property in 1958, the Kennys stayed on as leaseholders and continued to operate the farm.

After Mary Louise Julia, one of Michael’s daughters, married James Butler, they settled on a plot of land given to them by Michael and on which now stands a beautiful stone house, which was designated a heritage building by the City of Ottawa.

The first house, made of squared timber with an aluminium siding and dark green awnings, was demolished in the early 2000s. The big two-storey house that stands on the land today, built circa 1950, is made of light grey stucco and is cube-shaped in what is known as “Four Corners” style. It also has a hipped roof with a dormer window on its south-facing side. The property also features a large metal-roofed, L-shaped wooden barn whose two sections interlock with one another; a henhouse; a large shed; and a concrete silo with a rounded metal roof.

The Kenny family is one of Orléans’ pioneer families (Robert Serré 2009). Their 100-acre farm went from St-Joseph Boulevard all the way to the Ottawa River. Its sole purpose was harvesting crops to feed a large herd of dairy cows; then, from 1975 on, it became cattle farming. The farm was known for yielding abundant crops. In the 1920s, the milk was sold and delivered to the Orléans cheese factory. In the 1930s, it was delivered and sold directly to Ottawa residents. Finally, in 1952, the milk was sold to the National Dairy.

*Did you know? Neighbours Michael Kenny and Martin (Jimmy) Hart were both in love with Elizabeth Warnock. After she chose to marry Jimmy Hart, Michael announced—at Jimmy and Elizabeth’s wedding—that he would be marrying their oldest daughter. He ended up doing just that on November 6, 1901, despite being 26 years older than his bride. They had 15 children.

Lovely property with its southern section on a slope overlooking the vast stretch of land extending all the way to the Ottawa River. Ontario Road 174 currently runs through the farm, as did the railway track between 1913 and 1935.