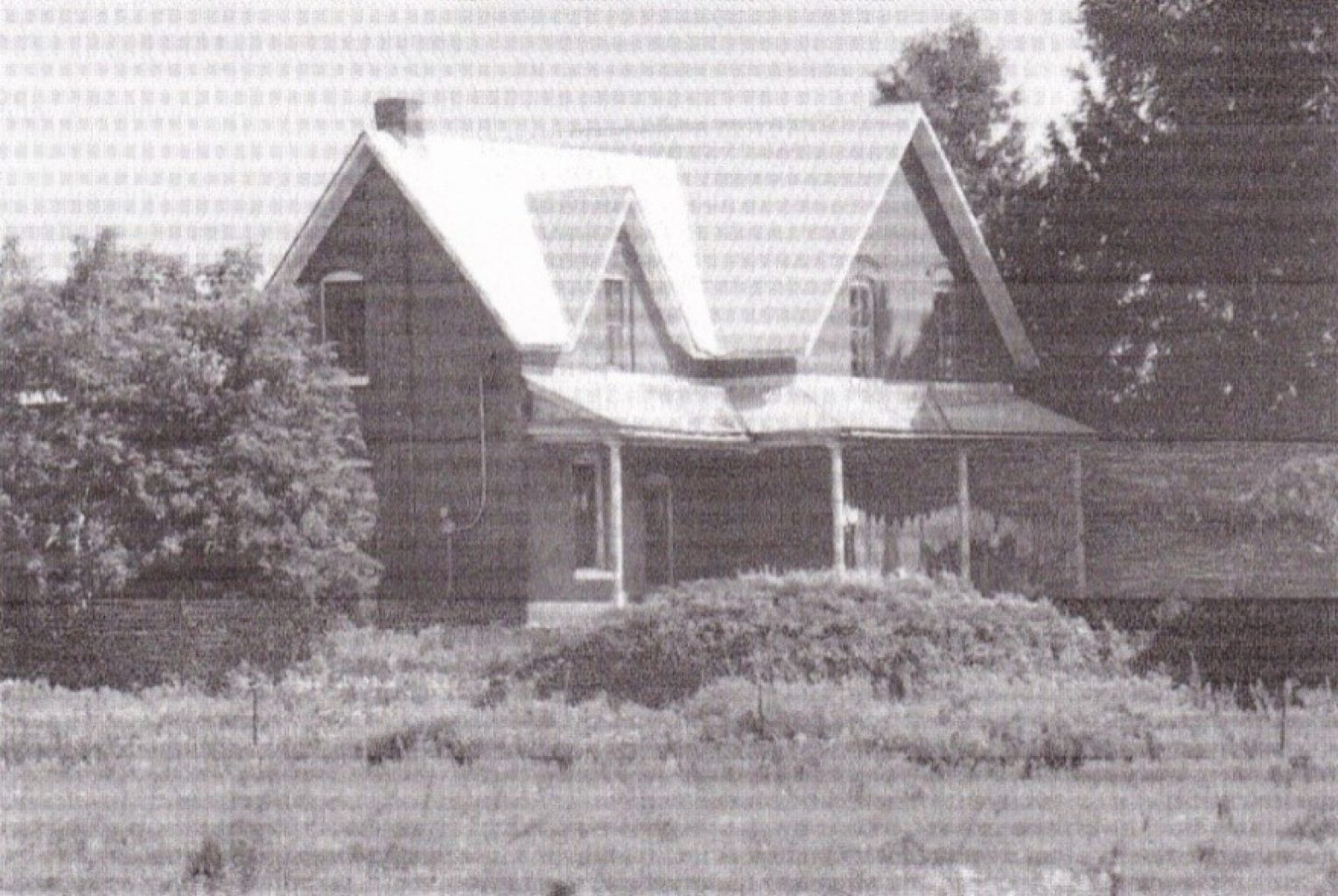 In 1811, William Lee bought 400 acres of land from the Crown. The land had to be cleared. In 1827, William Lee joined forces with George King and Henry Lee. (Were they family members?) In 1852, Henry Lee sold 100 acres of his land to Richard Dagg and another 100 acres to John Dagg.

In 1862, Richard Dagg sold an acre of land to build a school. In 1880, he donated another acre to The Incorporated Synod of the Diocese of Ontario for the construction of a church.

The last member of the Dagg family to own part of the 400 acres was Thomas Dagg in 1902. Over the years, other people owned a parcel of Lot 8 such as Georges Wilson, Joshua Bradley, Georgiana Séguin, Michel Cléroux and Benjamin Bergeron.

One-and-a-half-storey farmhouse in the Victorian Gothic Revival style, L-shaped plan with a projecting gable-facade and the use of a dormer interrupting the eave. A large porch supported by posts welcomed visitors at the front of the house. The roof of this porch which embraced the L-shaped walls also had a small dormer window with a simple pediment facing the entrances. The outside walls were covered with brick and the roof was made of sheet metal. The paneled windows had wooden frames and the doors were crowned with a pointed arch.

The old barn was made of wood with a gable roof covered with sheet metal.

Members of the Dagg family contributed greatly to the development of the area by serving as members on the school boards for Gloucester School, Number 21. They helped establish the parish of St. Mary the Virgin, an Anglican church with a cemetery, which opened its doors in September 1879. St. Mary’s Parish served the English and Anglican families of the area.

They also kept busy maintaining a farm that would have been the envy of many local residents.

Their farm and its surroundings were first known as Dagg’s Settlement and later as Daggville. However, after Member of Parliament Blackburn obtained the permission to build a bridge over Green’s Creek, the area became known as Blackburn Hamlet.

A rural property that has become urban at the corner of busy roads and adjacent to housing developments such as Bradley Estates and Chapel Hill South.