Type of building/structure/object – An old one-and-a-half storey house made of squared timber. The front wall has been whitewashed with lime and the walls on each side have mud and straw mortar. The main door and windows are modern. The gable roof covered with grey tar shingles shows no chimney, but two air shafts can be seen. The log corners of the house were joined in dovetail style resting directly on the ground. At the rear, a modern addition is covered with white aluminium at the top and brown clapboard at the bottom; a steeply pitched roof that sits on top of the old house completes this residence.

Owners (original, former, current) – We can trace the owners as far back as 1803 when Archie McDonald, a logging contractor from Nova Scotia, purchased the entire Lot 5 (200 acres) of Concession III. In 1862, Louis Taillefer bought the western part (100 acres) and Isidore Cusson bought the eastern part (the other 100 acres). In 1867, Isidore Cusson gave 25 acres to his son, also named Isidore. He also gave 25 acres to his son-in-law Delphis Gravelle, who had married his daughter Aurélie. In 1881, Isidore Sr. bequeathed his 50 acres to his son Isidore Jr., taking care to give one acre of land to another of his sons, Joseph. In 1893, Marie Cusson, widow of Isidore Sr., and her son-in-law Delphis Gravelle, sold their land to Félix Lalande, who in turn sold it to Michel Cléroux. The last owner was Eddy (Eddie) Robinson, husband of Gilberte Leblanc. They had two children, Denis and Florence, who sold the property to a developer following the death of their father.

This small house was one of the oldest that was still inhabited by its last owner, Eddy (Eddie) Robinson. At the back of the house, on the northwest side, was a brown wooden shed or garage with a red metal gabled roof.

The first small house was first used as a shanty for the timber yard by Archie McDonald and the other owners up to Isidore Cusson and his son-in-law, Delphis Gravelle. Subsequent owners such as the Taillefers, the Clérouxes and the Robinsons used it as a main residence while working the cleared land as gardeners.

Wooded land that was cleared for several years when the sale of wood was profitable. One of the attached photos shows the Cusson sons and their cousins Bruno, Armand, and Séraphin Gravelle, who had managed to transport quite an extraordinary load of cut wood on a sled thanks to their lumberjack know-how.

A second photo shows a small sled built specifically to bring dinner to the loggers. What was the food? We assume it was a large cauldron of baked beans with some good homemade bread.

The old squared timber house, enhanced by the museum-like display of old tools, machines and equipment used on the construction site and the farm, all of which was well laid out on the outside walls and on the lawn, attracted passers-by. 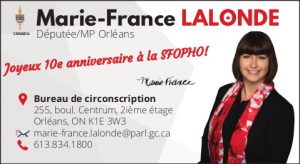 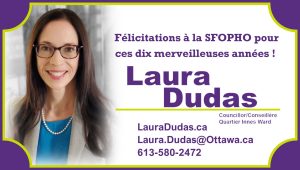 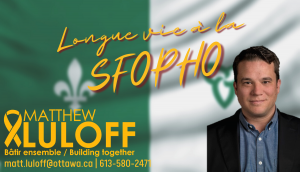